Not For Sale
Exhibition 2015

In September 2015 some members of Wifie exhibited their work at the Fine Art Department at Central Library. The theme that members explored related to the exploitation of women and how even today women all over the world suffer at the hands of men. Topics like this can be very challenging to discuss and portray visually but it is something that we feel very concerned about. You will see that each member of Wifie have come up with their own unique way to raise this issue to a wider audience. 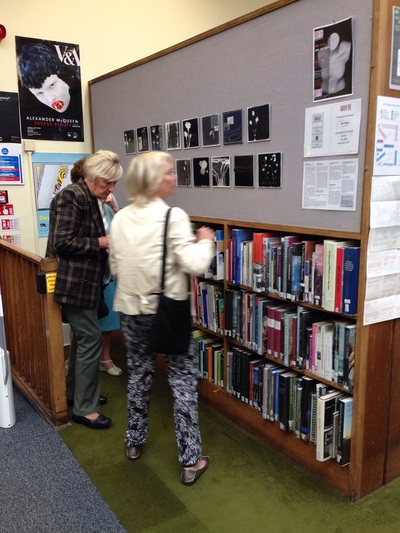 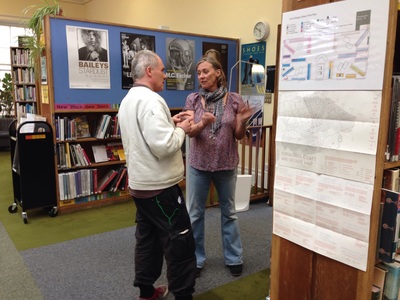 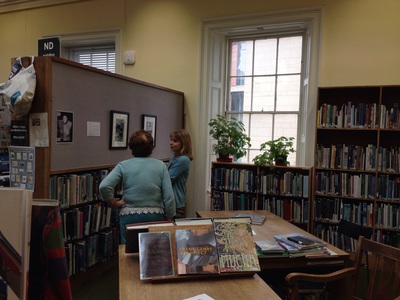 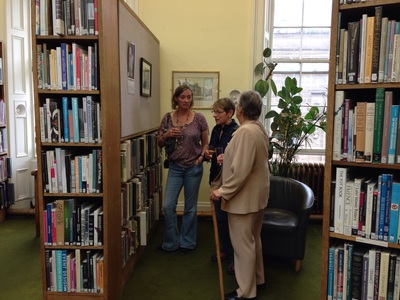 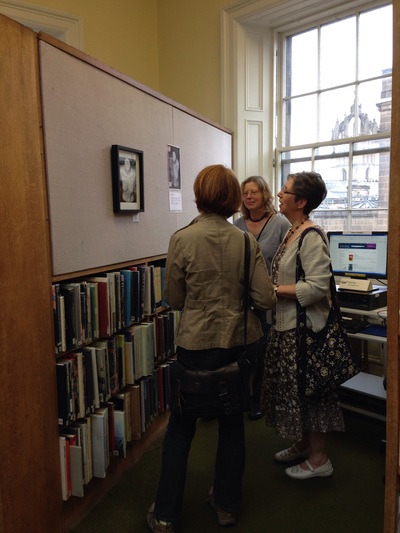 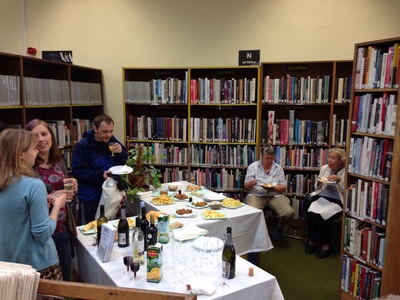 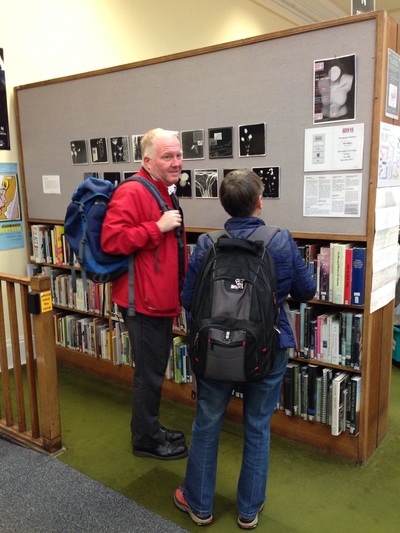 Exhibitors
NOT FOR SALE!
Damiana Magris

Everything has a value, not everything is for sale

"Sexual exploitation is reportedly the most prevalent form of modern slavery in the UK. People trafficked for sexual exploitation may be forced to work in brothels based in private rented houses or flats, or in massage parlours or other establishments that offer sexual services. Some victims are advertised on the inter-net or 'delivered' to customers." (It hap-pens here: equipping the United Kingdom to fight modern slavery, the centre of social justice, 2013) 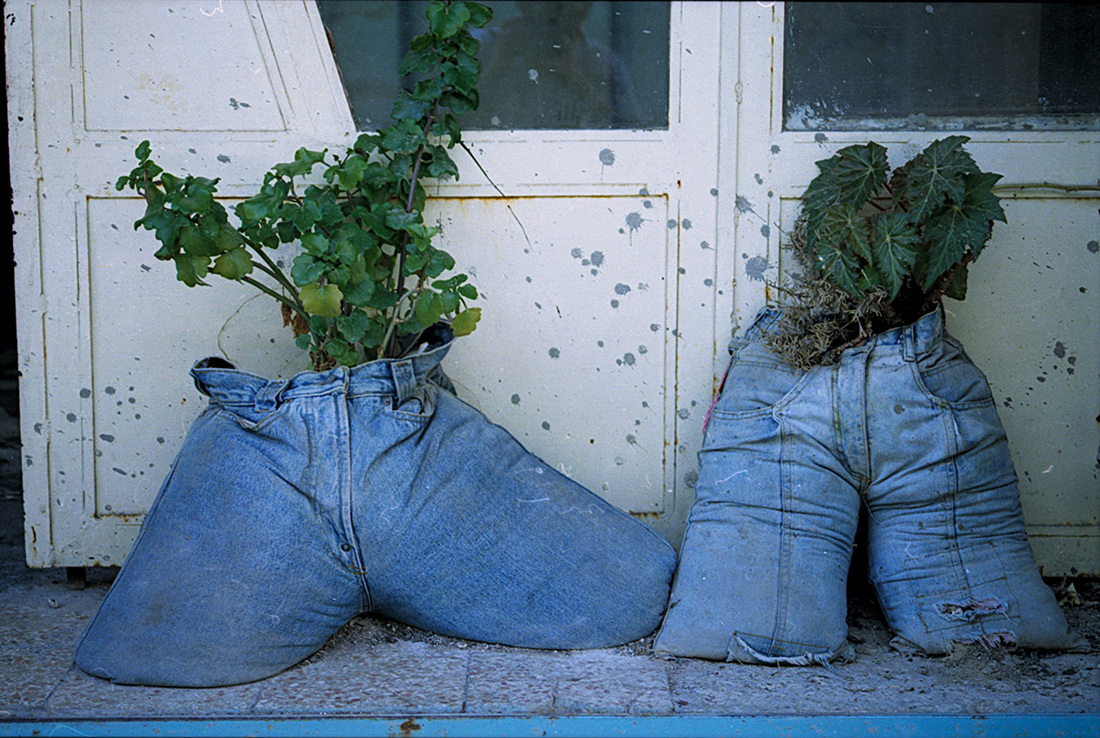 Women are regularly treated like commodities, being traded and exploited to fulfil demand. This happens across the world as well as here in Edinburgh.
These photographs represent how a person's humanity is lost when they are bought and sold like objects.

We need to work together to stop all forms of exploitation and seeing women as humans, not objects, is the first step to changing attitudes. 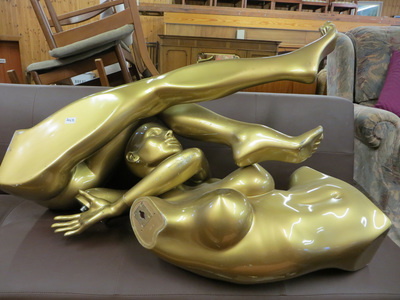 The misery for a vulnerable girl who finds herself on the street, this her only means of survival. Many women can find themselves in this position, often having been victims of drug addiction or homelessness. There may be no choice. 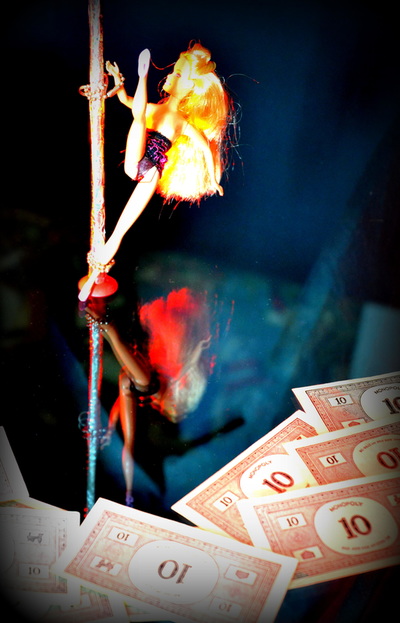 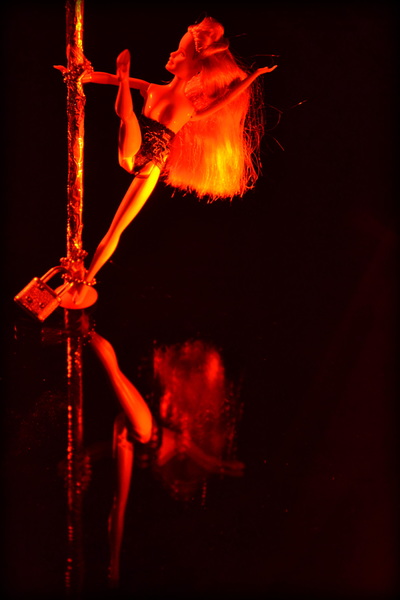 Even young women who have grown up in secure homes may find themselves drawn into the Sex Industry. The lure of money earned for dancing leads many students to become snared in this twilight world. There is no control over who is paying to watch or who might follow them home. What might appear a glamorous, easy way to earn money fast becomes a dangerous trap to pay off spiralling debts.
Not For Sale; Not Then, Not There, Not Here.
Meg Walker

Prostitution is present in many ways in our city, and has been for a long time. Whether there are hints as to where, such as this (now vintage) police enforcement notice in Rose Street, or not, such as this unremarkable street corner. Whether it is 'sanctioned' by these popular neon-signposted establishments of Lothian Road or takes place surreptitiously by cover of night. Human beings are not property and are not for sale. 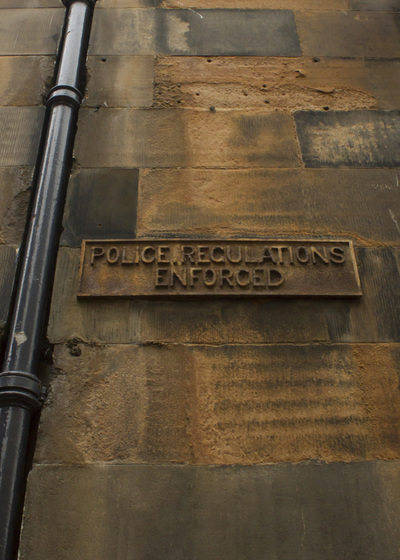 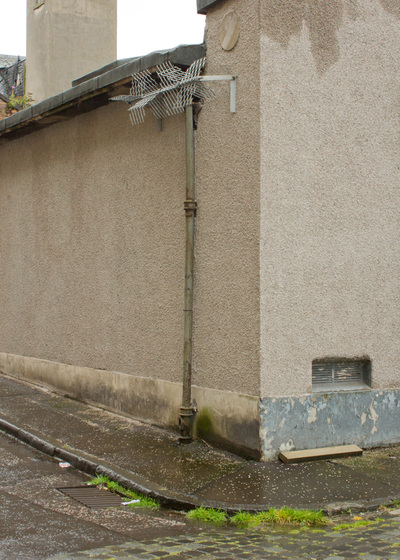 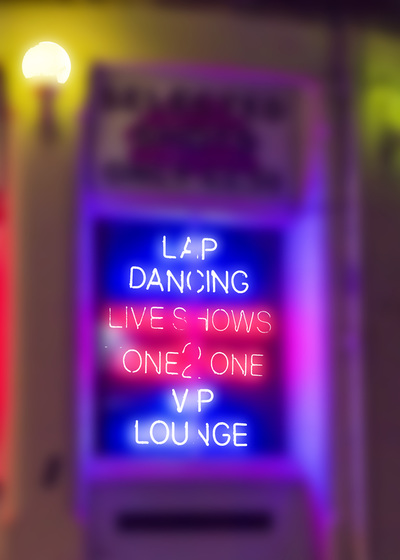 Her Voice: Forget Me Not
Molly MaCCaul

Through the use of non lens based images and montage 'Forget Me Not' is a visual diary recording 16 days from 25th November to 10th December 2007. Created to raise awareness of the '16 Days Campaign' which starts on the 25th November, UN International Day of Elimination of Violence against Women', through to 10th December, Human Rights Day, the images depict the injustices that many women experience in situations across the world today. Equality for women is a fundamental right and one way to end the injustices that women face. The voices of women and men should unite to address this imbalance and say no to any violence carried out against women. 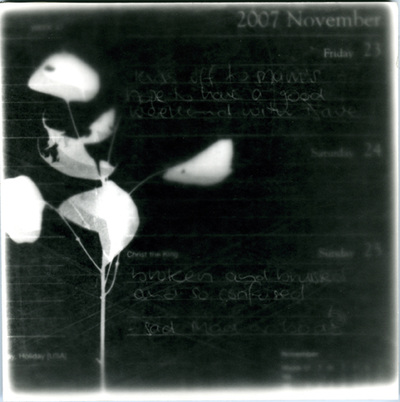 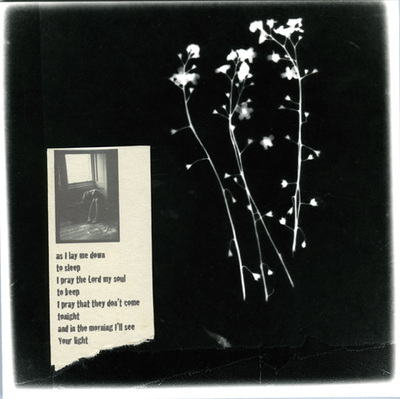 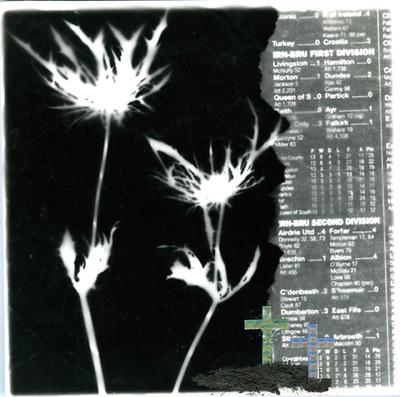 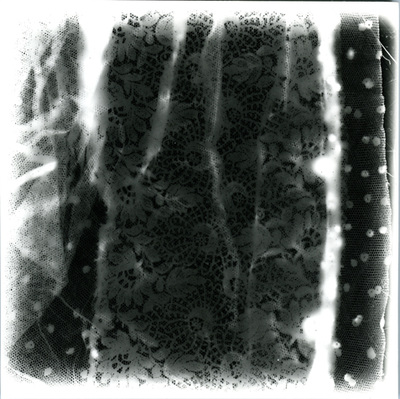 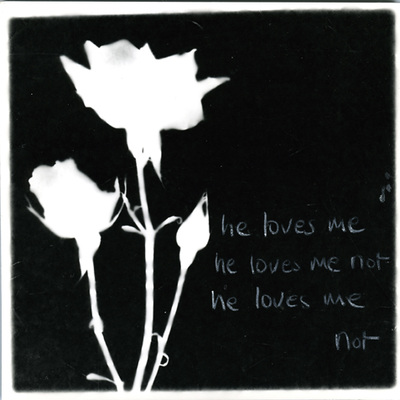 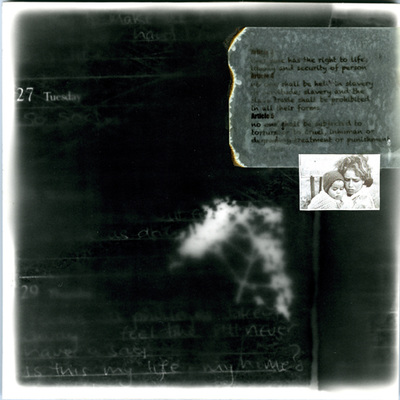 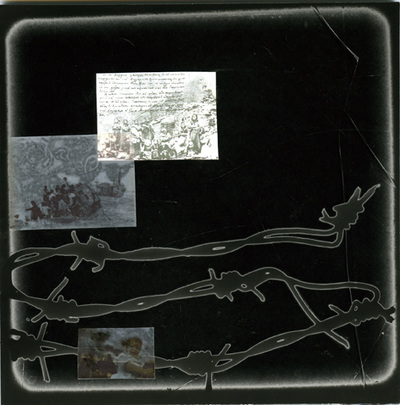 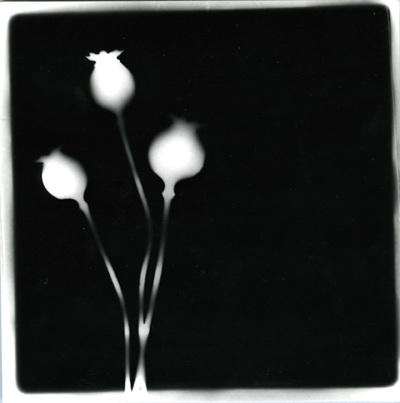 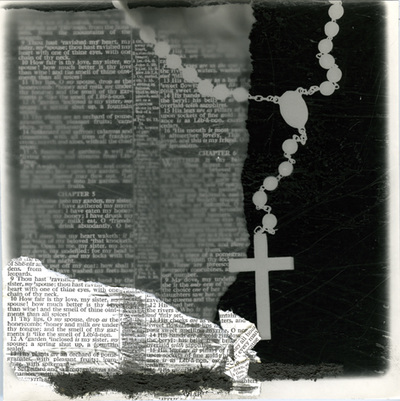 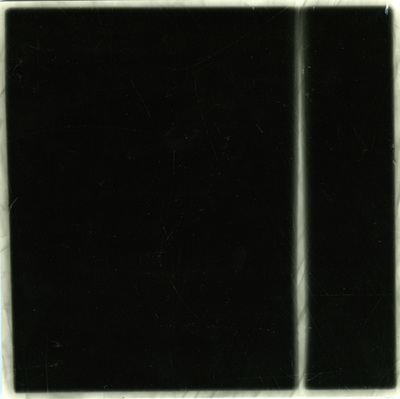 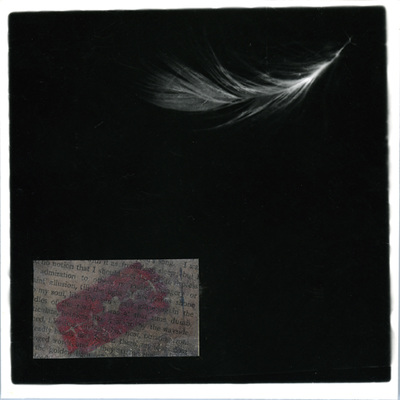 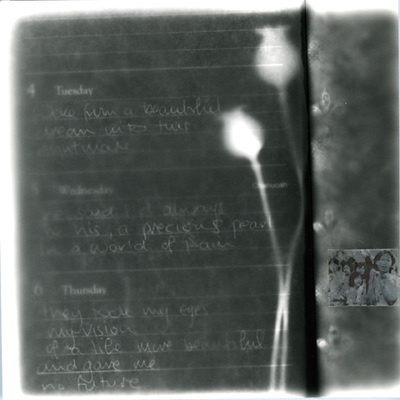 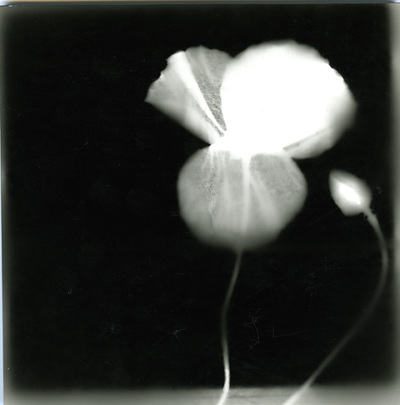 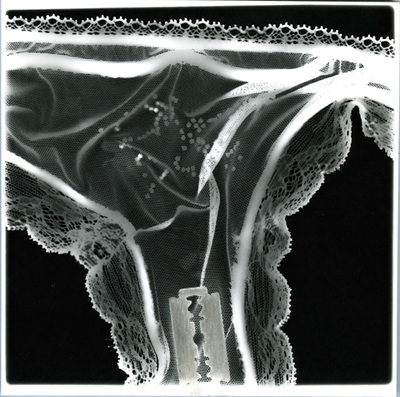 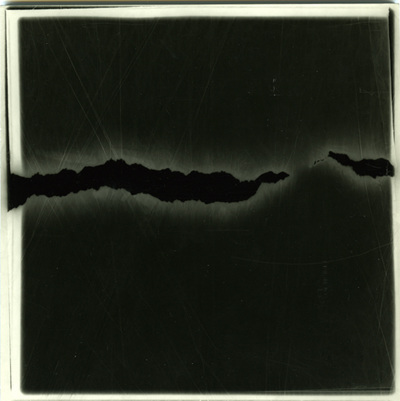 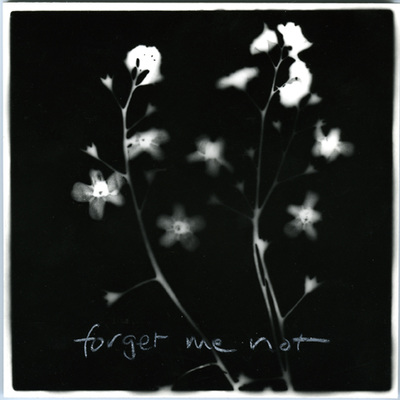 back to Exhibitions
Powered by